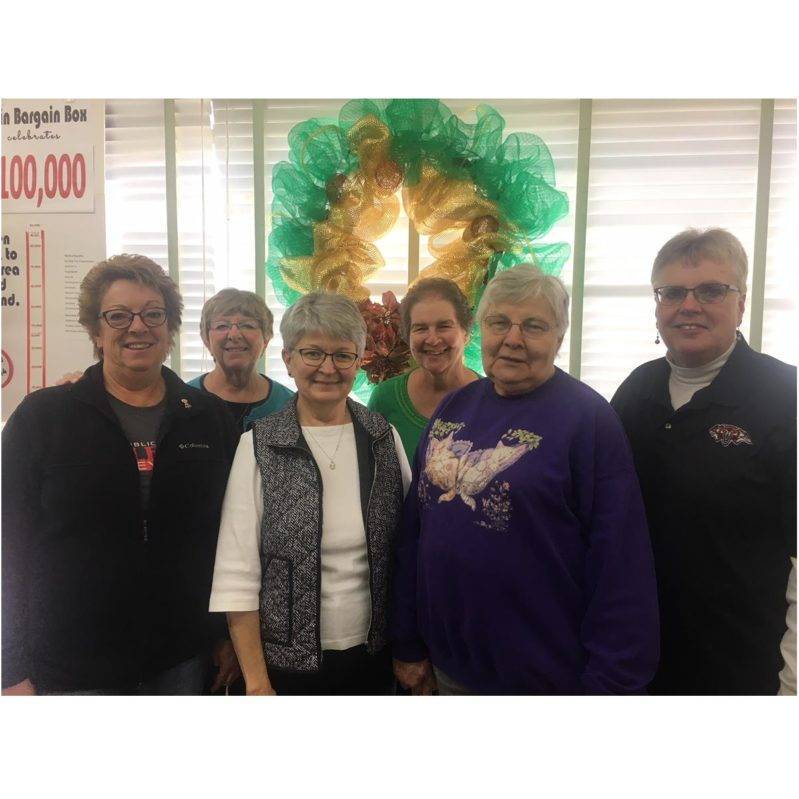 This project will fund a manikin the size of 25-week premature baby, which can be used to train providers in the care of a tiny baby whose lungs are not fully developed. The manikin can be programmed to simulate many possible scenarios.

This training is important because one in ten babies in the US is born premature. The care these babies get during the first few breaths of life is vital.

“We appreciate the value BCHC brings to the area,” said Elgin Bargain Box Board Member Linda Kerkman. “We’re also grateful for our donors.”

The Elgin Bargain Box opened on August 15, 2014. They sell donated items such as clothes, furniture, household items and even nice, used carpet.

In just three years, they have donated $137,000 to many local groups such as schools, fire departments, food banks, mission trips, libraries, and the Salvation Army. Elgin Bargain Box Volunteers have also carried over 1,900 boxes to the Orphan Grain Train in Norfolk.

Find the Elgin Bargain Box on Facebook or give to BCHC Foundation’s priority project here: The First Breath.