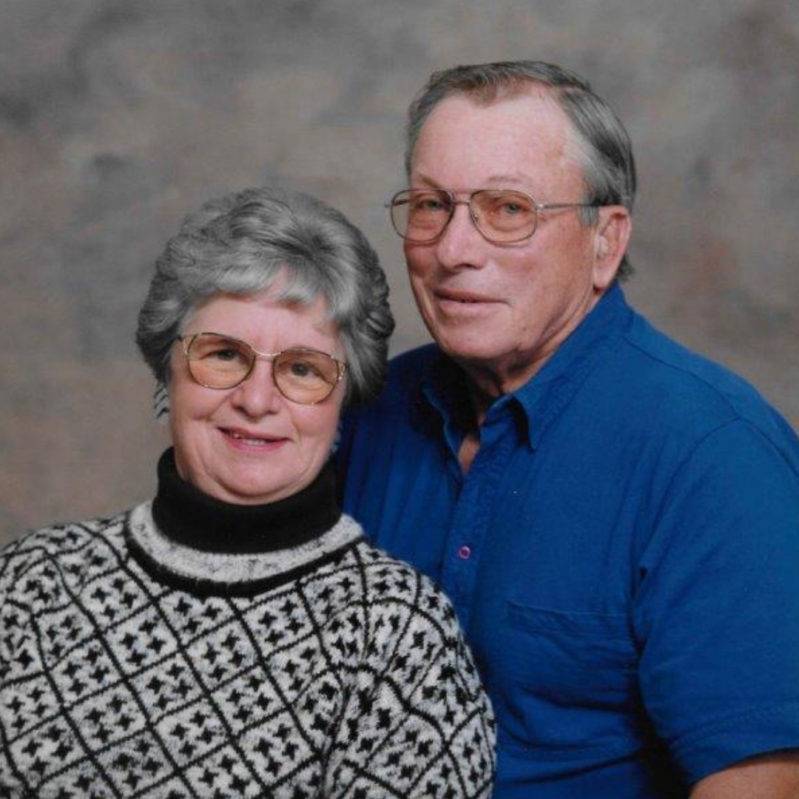 The children of Edward “E.J.” and Dorothy “Dott” Koenig have made a donation to Boone County Health Center (BCHC) in loving memory of their parents.

E.J. grew up on a farm east of Petersburg until 1944. Then, at the age of 12, he moved to the family farm west of Primrose. There he farmed and raised cattle until his semi-retirement later in life. E.J. enjoyed being on the farm, working the land and watching his crops grow.

A 1950 graduate of Spalding Academy, E.J. married his wife Dott in 1954 at Sacred Heart Catholic Church in Greeley, NE. To this union, four boys and six girls were born.

Dott was a hard worker, helping on the farm milking cows and raising chickens while also working outside the home in many jobs. She was well-loved in her role at Spalding Public Schools in the lunchroom and also played a big part in the Greeley County Fair.

In his last five years, E.J. loved having a large garden, growing enough produce to feed his growing family. He also enjoyed watching Nebraska football, going to the horse races, spending time with his family, putting puzzles together, eating chocolate, watching his finches and driving around the countryside with his faithful sidekick, a dog named Gracie.

Dott served in quiet ways, sitting with people who were all alone and caring for older adults. She spent her whole life helping people and was known for giving freely of her time, talent and treasure to many people and charities during her life.

“We are grateful for the Koenig family’s generous gift,” said Foundation Director Aprill Murphy. “It is families like theirs who help strengthen the hospital and clinics so they can continue to care for the many generations of kids and grandkids to come.”

The Koenig children’s donation to BCHC is a true echo of the generous spirit Dott and E.J. embodied throughout their life.