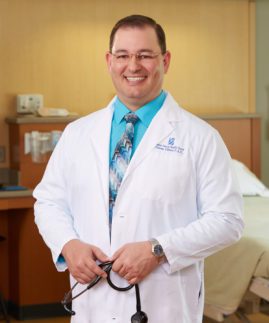 Jason Olnes, PA-C grew up in Albion. He met and began dating his wife, Boone County Health Center (BCHC) Nurse Practitioner Amy Olnes, in junior high. In college, Jason was a running back on the 1995 National Championship Husker football team.

Family medicine appeals to Jason because of the variety of ways he can help people. Each day is different, and the most rewarding part of his job is being able to see someone start to feel better. In his spare time, Jason enjoys golfing and fishing. He and his wife Amy have three children and live outside of Albion.